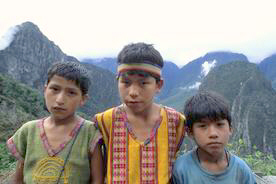 CRC: Draft of final Optional Protocol for a communications procedure adopted
Reprinted from GroupTalk, the newsletter of the NGO Group for the Convention on the Rights of the Child

July 2011 -- After two years of discussions and negotiations at the international level, the final draft Optional Protocol establishing a communications procedure for children's rights violations has been adopted by the UN Human Rights Council in Geneva, Switzerland, on June 17, 2011.

The final text has now been transmitted to the UN General Assembly (GA) to be discussed by its Third Committee this autumn and endorsed and adopted by the GA in December 2011. This will be the third Optional Protocol to the CRC. If the GA adopts it, ratification of the new instrument would be open from January 2012.

It is truly a historical day marking a significant legal turning point for children rights. With this new Protocol, children and their representatives will be able to complain about violations of their rights under the Convention and/or the existing Optional Protocols to the Committee on the Rights of the Child if they cannot get remedies at home - provided that their State has ratified this third Optional Protocol.

Read the five year (2010-2014) strategic plan for the NGO Group for the Convention on the Rights of the Child here (PDF, 13 pages)

The Maryknoll Office for Global Concerns connects with the NGO Committee on UNICEF, and the Geneva-based NGO Working Group on the Rights of the Child. We network with other organizations focusing on children, especially with the interfaith Global Network of Religions for Children.

The MOGC framework for children’s issues is the United Nations Convention on the Rights of the Child (CRC), adopted by the UN General Assembly in 1989.

The CRC has two optional protocols, the first on the “Sale of Children, Child Prostitution and Child Pornography,” which entered into force in January 2002, and the second on the “Involvement of Children in Armed Conflict,” which entered into force in February 2002. The U.S. has not ratified the CRC, although it did ratify its two optional protocols.

The MOGC is a member of the Campaign for U.S. Ratification of the UN Convention on the Rights of the Child.