Most of the following information is provided by Public Citizen.

The Panama Free Trade Agreement (FTA), ratified by Congress on October 13, likely will increase tax evasion and money laundering and make it more difficult for financial reforms to be implemented. While all "free trade" agreements since 1994 have provisions that can undermine financial reforms, the Panama FTA is especially problematic because it was written during the heyday of deregulation before the 2008 financial crash, and because Panama is already one of the worst tax havens in the world. 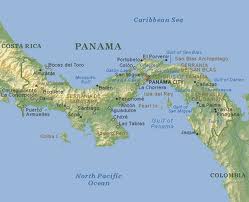 In the 1970s, the dictatorship of Omar Torrijos eagerly pursued policies to overcome the country's dependence on the Panama Canal. Torrijos thought it would be most effective to make the financial services sector especially attractive for international investors. Today, more than 350,000 subsidiaries are registered in Panama, second only to Hong Kong, with many firms set up specifically to avoid paying U.S. taxes. Each of these subsidiaries will now have the right to sue the U.S. over its internal laws and statutes through investor-state lawsuits.

Torrijos also weakened transparency laws, allowing corporations to maintain accounts in absolute secrecy. Panamanian banks are more guarded than Swiss banks, as Panama refuses to sign tax treaties with other countries and refuses to provide account information in even the most egregious criminal cases.
This is especially beneficial for drug cartels from Colombia, Mexico and elsewhere that frequently use Panama to launder their illegally acquired money. The FTA will make it even harder for the U.S. to stop or limit financial transactions from Panama, a commonly used tool to stop money laundering.

A Government Accountability Office (GAO) study showed that Panama is one of only eight countries listed on all major tax haven watchdog lists and the Organization for Economic Cooperation and Development reports that it is one of only three countries in which officials are unable to obtain access to bank information for any tax data exchange purposes even outside of treaties. The new FTA will not remedy this problem, as a provision of the agreement, ironically entitled "Transparency," calls for governments to be transparent in how they regulate financial services, but has no requirement for governments or financial institutions to make banks' or other financial firms' records available to others.

In 2008, then-Sen. Barack Obama co-sponsored the Tax Haven Abuse Act, which identified Panama as one of 34 tax havens, saying, "We cannot sit idly by while tax secrecy jurisdictions impede the enforcement of U.S. law." Unfortunately, with the ratification of the Panama FTA, shutting down this financial paradise will be only more difficult.

Thanks to havens like Panama, many U.S. corporations pay zero taxes, or even negative taxes, because of government subsidies. According to the GAO, the overall effective tax rate on U.S. multinationals' foreign-source income is four percent. Estimates vary, but the amount of money lost to tax evasion is immense. The Senate Homeland Security Committee estimates that tax evasion in offshore havens costs the U.S. taxpayer $100 billion a year. By stopping this scheme, the Office of Management and Budget estimates the additional tax revenue would be $210 billion over a decade, while the Senate Homeland Security Committee estimates savings up to five times greater.

In addition to the financial problem, Panama's weak labor and environmental rules should have dissuaded U.S. legislators. In the summer of 2010, before the FTA was ratified, the Panamanian Congress passed Law 30, a controversial regulation that weakens that country's already frail labor and environmental protections. The ruling contains provisions that will reduce the number of unionized workers and makes it easier for the government to use non-union workers against strikers. The law also allows the government to waive required environmental impact studies of projects that the government deems of "social interest." Environmentalists fear this will allow large numbers of new mining concessions in indigenous territories and natural reserves.

Rep. Mike Michaud (D-ME) was one of the legislative leaders trying to stop the ratification of the Panama FTA. On the floor of Congress, he said "[N]o FTA should go into effect with Panama until that country eliminates its excessive banking secrecy practices, re-regulates its financial sector, and forces banks and multinational subsidiaries to pay their fair share of taxes." Unfortunately none of those reforms have taken place in Panama, and the lack of reforms there will make any financial reforms here even more difficult.