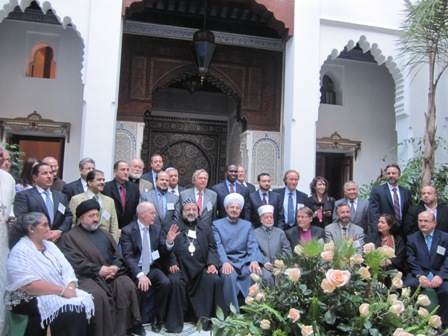 In late November, the African Council of Religious Leaders met in Marrakech, Morocco, to discuss the emerging challenges facing the countries in that region and their people. The religious leaders and representatives from Syria, Lebanon, Saudi Arabia, Kuwait, Jordan, Egypt, Morocco, Sudan, Iraq, Palestine, Turkey and Kenya were convened by the Religions for Peace Middle East and North Africa (MENA) Council. They were joined by representatives from the UN, the Organization of Islamic Cooperation (OIC) and the Islamic Education Scientific and Cultural Organization (ISESCO). Other participants came from the U.S., Japan, Peru, France, Nigeria and Norway.

The MENA Council meeting took place in the context of political transformation, violence and instability in the Arab world. The religious leaders, through the MENA Council, work together to build a strong multi-religious platform and to prevent the misuse of religion. The meeting's theme was "Engaging historic faiths to advance the common good in the Middle East and North Africa."

The gathering noted "with grave concern, the decreasing numbers of Christians in places such as Jerusalem and the wider Palestine/Israel, Iraq, Syria, Jordan, Tunisia and other countries in the region" and called for "contracts of mutual care" between Islam, Christianity and Judaism. They rejected violence and reiterated the urgent and irreplaceable importance of enabling the three historic faiths in the region to work together for the common good.