After years of neglect, the 2007-08 food price crises sparked a renewed interest in agricultural investment. At the 2009 L'Aquila summit G8 leaders made a bold pledge of US$22 billion to support smallholder agriculture. The United States' pledge of $3.5 billion over three years is so far on track, in spite of tedious Congressional battles over budgets; but overall, as has happened in the past, the G8 pledge is still unfulfilled. 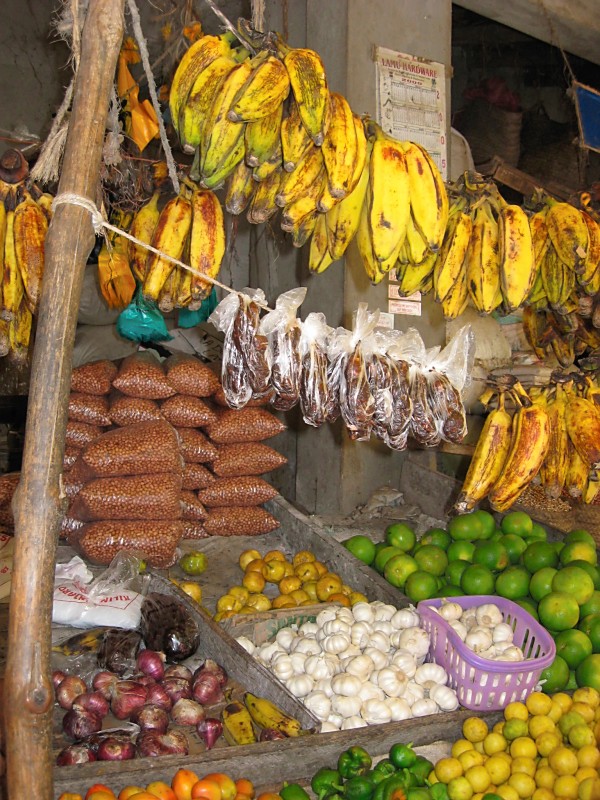 As some of the largest economies of the world struggle with fiscal constraints, proposals for public private partnerships (PPPs) are taking center stage as a key response to global food insecurity. The U.S. Agency for International Development (USAID) Administrator Raj Shah lauds these partnerships as "a new wave of creative, enlightened capitalism…" Conscious of the grave disparity of economic and political power that exists between small holder farmers in the global south and multinational corporations like Monsanto or Wal-Mart, the MOGC proposes the following principles (developed in consultation with the Interfaith Working Group on Global Hunger and Food Security) which can be useful tools in measuring the success of any PPP.

1. Respect the dignity of the human person: Firms participating in PPPs should affirm their commitment to the full spectrum of human rights, and establish a due-diligence process to prevent, become aware of, and address rights violations.

2. Advance the common good, mindful of the impact on the most vulnerable: The potential benefits of partnerships should be weighed against systemic threats and potential costs that may eventually arise from these arrangements. Partnerships that focus on producing cash or export crops should not compromise smallholders' capacity to meet their immediate food needs, in case volatile markets, shifting quality standards or price pressure from buyers interrupt their revenues. Partnerships should deliver measurable benefits to and opportunities for small-scale farmers, including locally appropriate measures and tailored programs to ensure the empowerment and participation of women farmers. Often small producers are locked into trading raw grains, foods and fibers in markets that are already saturated with these products. Safeguards should be established to ensure a degree of competition among traders to prevent farmers from being contracted into unequal relationships with a particular trader. PPPs should promote value-adding schemes that allow small-scale farmers to climb up the value chain.

3. Respect the integrity of creation, safeguarding the global commons and respecting the right of local communities to protect and sustainably develop their natural resources: PPPs should focus on long-term sustainability, taking into account the earth's carrying capacity and protection of the natural resource base upon which agriculture depends. Projects should respect a balance of modern and traditional agricultural approaches to advance the preservation of the global commons rather than creating dependence on external inputs and techniques that rely on diminishing fossil fuel reserves.

4. Promote transparency and meaningful participation of the most vulnerable stakeholders: PPPs should include mechanisms to guarantee appropriate community and civil society consultation in project planning, implementation, and evaluation. They should focus on long-term goals and sustainability regarding needs, goals, targets and measures so that all stakeholders, especially those representing civil society, can track the project progress.

5. Respect the legitimate role of government, in collaboration with its citizens to set policies for the development and welfare of its people: PPPs should embrace a right to food approach, and support the state as duty-bearer in meeting its obligation to ensure the availability, accessibility and adequacy of food. PPPs should be integrated into broader national agricultural development strategies, not separate from or superseding existing plans, and not driven by business interests that may be at odds with national development strategies. Government investment in PPPs should not serve to consolidate or expand a firm's share of the market in a given country if that firm's size has the potential to influence food prices or the political process.

6. Facilitate the building of a local economy: PPPs should have an impact consistent with USAID Administrator Raj Shah's affirmation that the local private sector is critical to the success of the U.S. government's Feed the Future program. (See the July-August 2010 issue of NewsNotes.) Food produced and sold locally by small-scale farmers keeps cash flowing locally, and serves to strengthen and build the local economy. Agricultural PPPs should promote local food production that is culturally appropriate, diverse and adequate for meeting the nutrition needs for active and healthy lives.

7. Be additional to, rather than replace, donor commitments to agricultural investment: PPPs should not displace public investment in production that may be vital for food security but is not destined for corporate supply chains. As stipulated by Olivier De Schutter, the UN's Special Rapporteur on the Right to Food, public investment in agriculture should be spent on public rather than private goods, and oriented toward domestic food security rather than export markets.