United for a Fair Economy 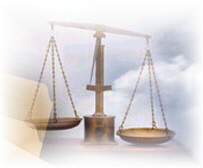 From Cambodia to El Salvador, Bangladesh to Mozambique, Maryknoll missioners accompany people and communities affected by poverty and extreme poverty. Based on our belief in the value of each human person and their right to a life of dignity, we work to eliminate the roots causes of poverty found in unjust economic structures. We promote the globalization of solidarity, the enhancement of inclusive human security and development that is rooted in social justice and ecological sustainability.

We work for economic justice with an emphasis on the elimination of poverty and the empowerment of impoverished people. Our foci are globalization and its impact; trade and investment, especially the TRIPS agreement and its impact on the access to agricultural resources and affordable medicines; and the debt crisis, including illegitimate debt, the impact of macroeconomic reforms as a condition for debt relief, proposals for debt arbitration, the impact of corruption on debt cancellation and possible solutions. Other issues that we follow include food security and health care concerns in regards to trade and investment policies, and corporate accountability.

Sign the call to integrate faith, ecology and the global economy (link to the Faith-Economy-Ecology-Transformation site)

The Story of Stuff

Moral imperatives for addressing structural adjustment and economic reform measures, by the Religious Working Group on the World Bank & the IMF

Related articles from NewsNotes and other sources

Special series: Corporations in the U.S.

Articles on speculation in financial and food markets

Financing for Development Process: An overview on the Conference and follow-up process, March 2006